I just gained access to Google+. From now on I will use it for a week, and write down my thoughts on the use of it. You can find me here: gplus.to/dblancquaert

Just yesterday, I had the idea to use it as a your personal home page, and perhaps as my own PLN.

Let’s see in about a week.

In Captivate, you’ve exported an XML file and got it translated. When importing the translation, Captivate tells you everything went well, but in fact, it didn’t. How come?

The reason for this is the fact that an (invisible) special character is used in a ‘Text Caption’, like e.g. a bullet point or a soft return.

This special character was possibly copied from Word or some kind of other word processor. More often than not, you copy some (invisible) code.

How can you solve this?

Execute these steps to remove the special characters:

Today I changed the theme on my blog, and added a few bells and whistles.

This post is a comment on @lilybiri’s article Customized Progress Indicator. In this article she explains how to use advanced actions to create a custom progress indicator for Quizzes.

Having needed this functionality, I had a few remarks, and an issue with it.

Let’s start off with the remark: the whole process looked fairly complex for something simple like a progress indicator. This is not an offense, it worked great. However a colleague of mine had an issue with it: to give feedback on a HotSpot question, he added a slide with the correct answer. In that case, the method described in the referenced article, cannot be used, because of the use of the system variable ‘rdinfoCurrentSlide’.

So I created another, more easy solution:

I believe this to be as effective as the method described by @lilybiri, and more easy and flexible to use and control.

Yesterday it was Elearning day 2011 in Brussels (http://www.elearningday.be/).

As I could not be there, I checked Twitter to follow the event, and had to set up two columns in Tweetdeck.
This was necessary because apparently two hashtags were used: #edubit and #elearningday. It is also possible other hashtags were used, but I did not check.

This brings me to a first point. A conference about e-learning is taking place, and there is no ‘official’ hashtag. Even some shows on national television have official hashtags nowadays!

The second point is the number of tweets. I was told there were around 300 visitors.
#elearningday has 31 tweets, #edubit 24. Some of them are the same. Is it me, or are those numbers really low?

And finally there is the content of the tweets: presenters announcing their presentation, visitors telling they have arrived, and more tweets that are irrelevant for people who try to follow the event on Twitter.

What could be the reasons for this?

Let’s give it a try:

Can I conclude that the Belgian e-learning scene needs to play a game of catch-up?

As mentioned by my colleague @paravolve, you can use Microsoft Word 2010 to publish to your blog.

So here is goes.

Once the topics were published (SWF), the text captions looked blurry. I recognized the problem from previous versions. It had everything to do with anti-aliasing. So I searched the option to disable the anti-aliasing.

What do you think, the option was gone.

Altering the HTML file that calls the SWF did the trick.

If you do not want to add this line to each project you publish, you can change the source file that Captivate uses when publishing content. By default (Win7 machine), it is located here:

The cause for the blurred text is still not clear to me. Perhaps it was the rescaling of the project (without rescaling the captions), the source files (created with Captivate 3), something else… Any help welcome.

This week I had to use Adobe Presenter for the first time. The version used was 7.0.2 with PowerPoint 2007.

Some things worth mentioning:

All in all, not a bad experience. If you want to create quick and dirty e-learning, Adobe Presenter is one way to get it done, with tools you probably know.
I should try to create the same result without Presenter as well, to see if it can be done…

My daughter (2y 8m) recently gained the privilege to play solo with my iPod Touch.

First lesson learned was: create a page with all apps for her. And that was all I needed to do. She figured most of it out all by herself.

This is the best example. I installed Toddler Puzzle Shapes and told her nothing. 10 Minutes later she come to show me what she discovered. She found the Start button on her own, and understood the game. 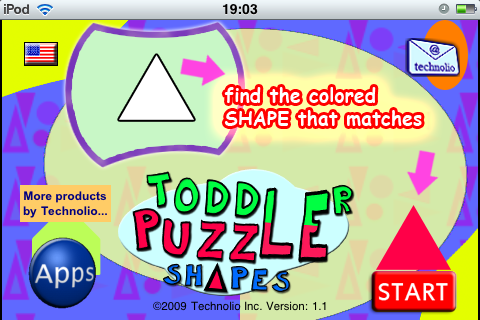 This is the aim of the game: you see a shape and have to touch the correct image. 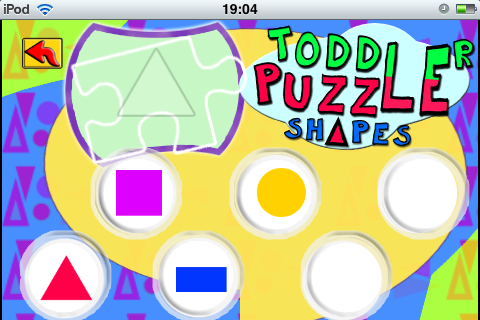 By now she understands a more difficult game, Memory… More about that later…

Daddy was proud and seriously contemplates to buy an iPad, to make sure the kids know how technology can improve their lives…

Last week, I found some interesting tweets in my stream.

Here are the most interesting one:

Hopefully next week is as fruitful.